Understanding Amazon Forte & OLR Performance Review
To better comprehend its staff, which is now projected to be the second-largest in the United States, Amazon has implemented initiatives such as Connections and Forte, a redesigned review process.

​When Amazon employees get up in the morning, they are greeted by a question that appears on their displays.

There is a wide range of subjects covered in these surveys, from the duration of meetings to how often they've received favorable comments in the previous week. When necessary, it will toss out follow-up questions and ask less sensitive queries like how packed the restrooms are.

Connections, the company's daily Q&A program, went live in April of last year following a series of short trials that began in 2014. As the second-largest U.S. workforce, with approximately 566,000 employees, is currently projected, this is one of Amazon's most ambitious HR projects implemented in the previous year.

To better comprehend its staff, which is now projected to be the second-largest in the United States, Amazon has implemented initiatives such as Connections and Forte, a redesigned review process. 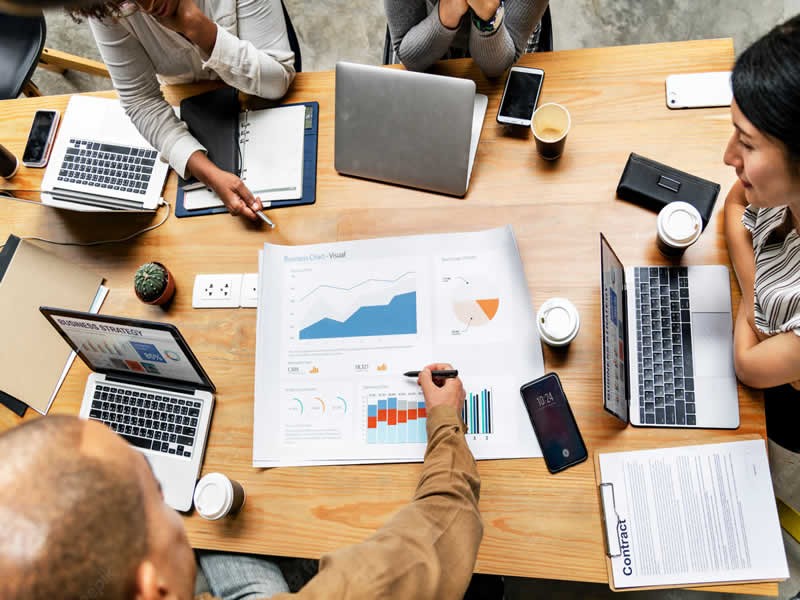 Change is happening faster than ever before. Amazon has responded to this reality by valuing and cultivating a culture of experimentation and learning. Amazon's working environment is far from glitzy compared to that at companies like Apple, Microsoft, Google, and Netflix. There are no high-tech meditation pods or staff skating around the workplace.

Amazon, on the other hand, is unquestionably a direct rival of some of Silicon Valley's biggest stars. So, how is Amazon attracting top people if it isn't offering Michelin-starred meals and unrestricted vacation time?

According to a scathing New York Times story published in 2015, Amazon's corporate culture is one of "purposeful Darwinism," and the corporation has been accused of fostering a hostile work environment through the implementation of a severe rank-and-yank performance management system.

Employees, including Jeff Bezos himself, criticized the piece, stating that most of it were a hoax. So, when it comes to the retail giant's performance management system, what's true and what's not? Unfortunately, there's no way to be certain. However, there are a few hints that might help us get a better idea of how Amazon's management does their employee evaluations. 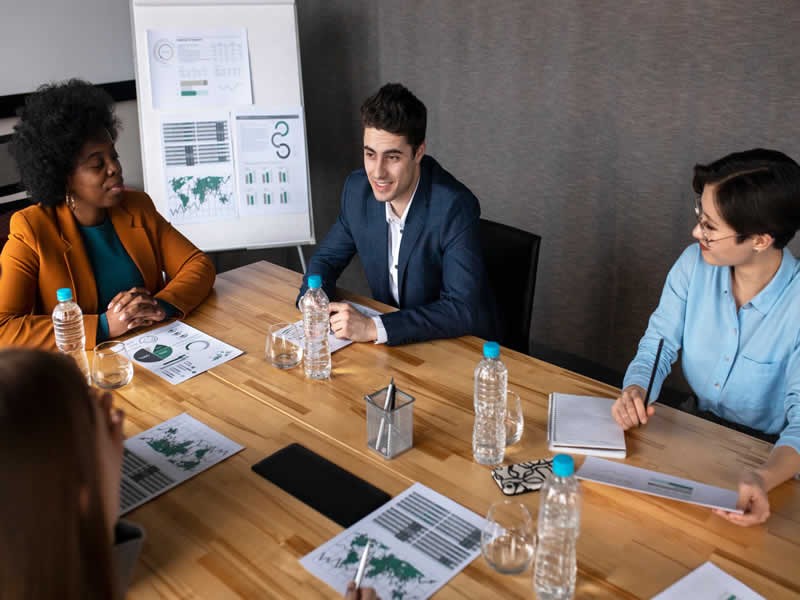 Most Amazon employees are familiar with the OLR [organization and leadership review] as the meeting when their careers and livelihoods may be won or lost in an instant," writes Stone in Bloomberg Businessweek. Two times a year, the OLRs take place.

Let's pretend you've been slaving away at Amazon for a long time. You ask for a promotion and a raise from your employer, and he agrees. That's fantastic, isn't it? That's not going to happen. An OLR meeting with the boss, maybe a vice president, begins like most others at Amazon do A six-page "narrative" outlining the meeting's agenda was being read by all attendees. There will be a debate once your boss's colleagues VPs have reviewed the merits and disadvantages of your promotion and have had a chance to voice their opinions.

Let's not lose sight of Amazon's enormous sway before attempting to piece together its performance management method. In the modern period, Amazon is perhaps the most successful start-up, and it has overtaken Walmart as the largest retailer in the United States.

When it comes to retail, Amazon paved the way for everything from electronic books to video streaming, site hosting, and smart gadgets. At the present rate of growth, the company has more than 200 million Prime members and a revenue of around $386 billion. It employs 798,000 people from all over the world in its global workforce.

Despite Amazon's dominant position, the company does not lose sight of its competitors.

Amazon CEO Jeff Bezos is well-known for his use of lean, Six Sigma-style procedures to ensure that the company's customers receive the best possible service at the lowest possible cost. Amazon, on the other hand, has a distinct advantage in that it employs a data-driven strategy that includes specific metrics for tracking customer and staff behavior.

Sean Boyle, Amazon Web Services' head of finance, said this about the company's work ethic in Gallup's more impartial assessment: "Data provides a great deal of clarity when it comes to making decisions. It's liberating to have access to so much information."

As a result, the Times questions whether or not Amazon's approach to performance management is meant to free up staff to make the best possible decisions on behalf of customers. The response varies according to the person you speak with. 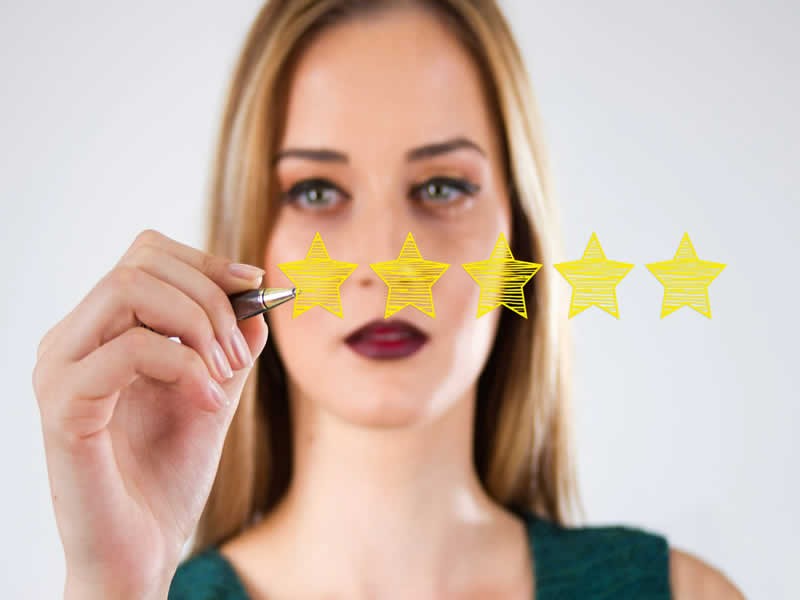 According to papers obtained by The Seattle Times from within the firm, Amazon uses proprietary software procedures to assist fulfill a target for turnover among low-ranking office workers, a statistic Amazon terms "unregretted attrition."

The documents show how closely Amazon's processes resemble the controversial management practice of stack ranking—in which employees are graded by comparison with each other rather than against a job description or performance goals—despite Amazon's insistence that it does not engage in stack ranking. Even among the company's office staff, Amazon relies heavily on applications and algorithms for human resources management.

Only a small percentage of Amazon's roughly 950,000 U.S. employees are covered by the regulations detailed in the documents obtained by The Seattle Times. Before the epidemic, yearly turnover rates at Amazon warehouses topped 150 percent.

According to Amazon, several of the documents examined by The Seattle Times were not prepared by the company's core human resources division and used obsolete wording. Amazon's internal policies are described in the documents, though, and that is not in question. It is wrong to describe Amazon's performance management system in this way, an Amazon official stated.

Most managers believe it is straightforward to provide constructive criticism to their staff. Simply stating "Great work!" isn't enough if you want to provide meaningful, effective feedback to your employees that will linger with them and support their positive conduct.

Researchers at Gallup have been studying human behavior for decades and have concluded that focusing on strengths rather than faults is a considerably more successful strategy for improving employees' abilities.

Dr. Marcial Losada, an organizational psychologist, conducted an intriguing study and found that in high-performing teams, the ratio of positive and negative feedback was around 6 to 1.

This indicates that for every poor assessment, an employee should receive six pieces of good feedback.

Giving your workers positive feedback isn't simply about praising them for their hard work and making them feel good. These are significant considerations, but there is much more to it than that.

According to Gallup's findings, there is a slew of other advantages to providing constructive feedback to your staff.

Here's what you may say if your employee has to collaborate with others on a project:

"I've seen that you work well with a wide range of people, regardless of their position within the company." Having this ability isn't something that everyone has. The job you've done so far has amazed me, so I just wanted to say thanks and good luck.

There will inevitably be disagreements at work. The ability of your staff to handle conflicts is, therefore, of critical importance to your business. Saying something like: "It's a pleasure to work with you.

"You did an excellent job earlier today of settling the disagreement between you and Toby. Because of you, it would have been a very different experience. "I appreciate all of your support." 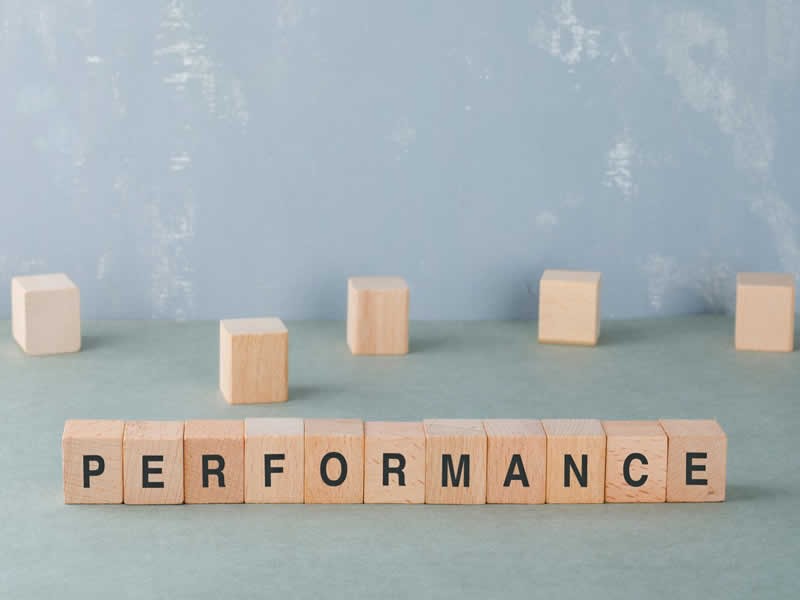 Pallets aren't all this warehouse has to offer. Even if their performance is measured, Amazon's employees at the bottom of the heap may find that their careers are under threat.

Managers are required to allocate their employees to buckets based on a specified formula in stacked ranking. When it comes to employee performance, managers may be asked to identify the best 20 percent of their employees and the worst 10 percent. Those who find themselves at the bottom of the heap are typically subjected to performance-improvement initiatives, "managed out" of the organization, or simply laid off.

It is not uncommon for the PM exercise to be rewarding to only one individual neurologically. The rating system is overseen by a senior executive, not a high performer. When one is in charge of a rigid ranking system, one has a sense of power, assurance, and self-determination that is incredibly satisfying. According to one research, sorting information into categories activates the brain's reward area. As a result, it is imperative that top executives be included in the teaching effort since the PM process reinforces their own cognitive rewards while lowering those of everyone else.

Stack ranking, on the other hand, clearly results in a lack of empathy between managers and the people they supervise. Those in management think they're getting a treat, while those in direct reporting think they're being pursued by a mammoth. The only way you can rationally justify such an approach is to create a company culture that has a "zero tolerance" policy for anything related to "lack of empathy."