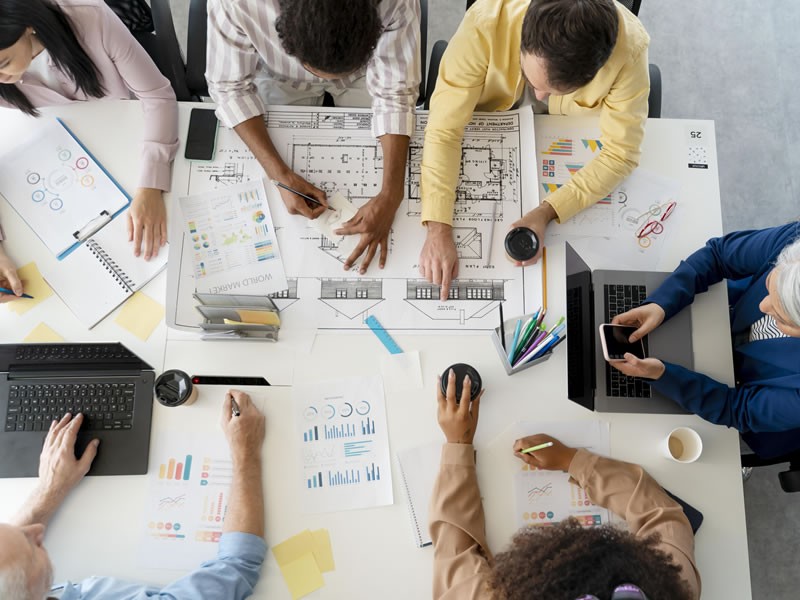 Need-Want Satisfaction Chain & Theory – A Complete Guide
Managers are in charge of creating a performance-friendly workplace. Self-motivation, on the other hand, is the responsibility of the individual.

Human motivations are driven by wants, whether they are sensed knowingly or unconsciously. The physiological demands for basic necessaries like shelter and food items (i.e., meat, vegetables), water, sleep, and air are examples of "fundamental needs." More importantly, there are some other needs, including self-esteem, social status, how others identify you, love and affection, ability to give to others, ability to get achievements and accomplishments, and self-assertion can be considered as secondary needs. As you would expect, the degree of these demands varies from person to person and with time. Inspiration and motivation is a broad phrase that encompasses a wide range of factors such as wants, needs, wishes, and other comparable influences. 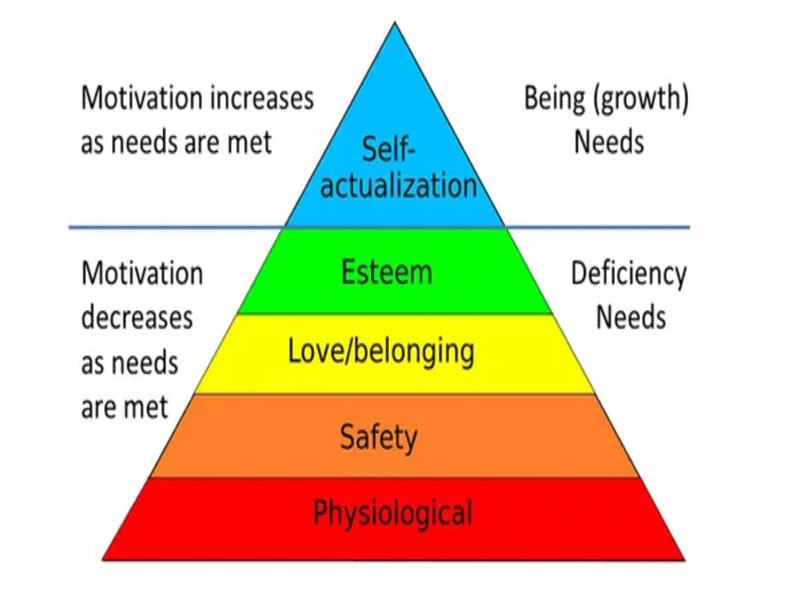 Managers are in charge of creating a performance-friendly workplace. Self-motivation, on the other hand, is the responsibility of the individual.

It's thus conceivable to think about motivation as a chain reaction. Felt needs to lead to wishes or objectives desired, which lead to tensions (unfulfilled desires), which lead to activities aimed at accomplishing goals, and eventually, fulfillment. There are many elements in need want satisfaction chain starting from individual "needs" that give birth to wants. The "wants" can cause tension and compel people to take "action." The action can result in "satisfaction." 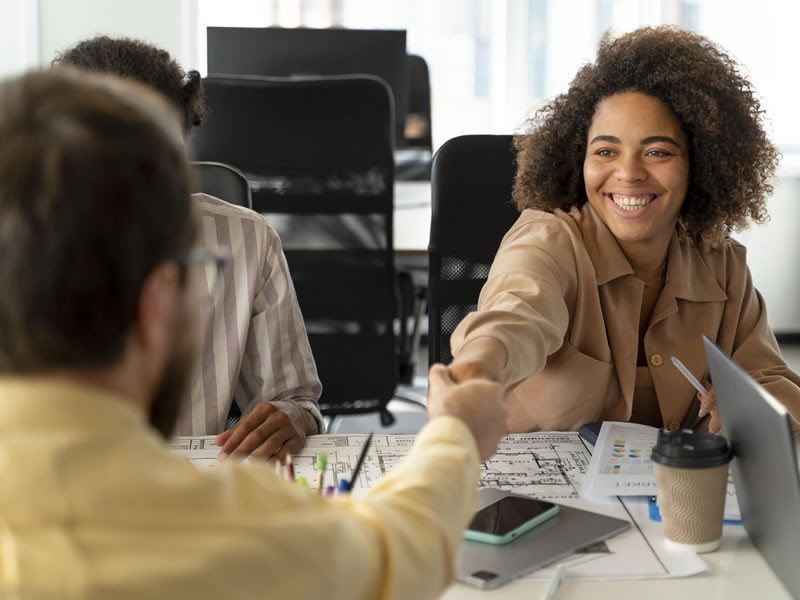 One of management's most critical and difficult responsibilities has been employee motivation. The psychological factors that result in voluntary acts aiming at some goal are referred to as motivation. Managers utilize a variety of ways to keep their staff motivated and pleased since motivation may be extremely customized. As a result, managers must be aware of the psychological processes. Motivation is dependent on psychological processes, and it is important if you want to successfully steer personnel toward set objectives.

Most of the needs theories are founded on the idea that individuals are driven by unmet needs and aim to find internal causes that influence their conduct. For instance, assume that you are 40 years old and still living in your parents' basement; you may look for your own place. You will be able to satisfy your demand for privacy and freedom. Needs are psychological or physiological inadequacies that elicit a behavioral response. A person's requirements might range from mild to powerful, and they can change depending on the environment, time, and location. 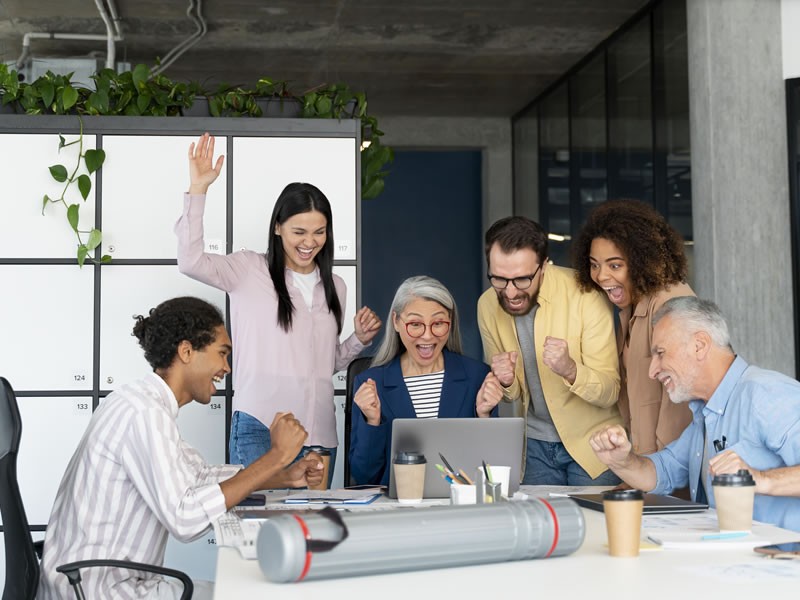 The explanation behind the chain is complicated. First and foremost, wants are not independent of a person's surroundings, with the exception of physiological demands such as food. Environmental variables, on the other hand, promote several physiological requirements.

The satisfaction derived from reaching a desire or objectives, for example, may pique a person's drive for success, whereas failure may dull it. The one-way character of the chain has also been called into question by the findings of certain biological scientists, who discovered that human behavior isn't necessarily caused by wants but may sometimes be caused by them. To put it another way, conduct refers to what individuals do rather than why they do it.

From the perspective of management, a worker may have great job satisfaction, but the low motivation for the job or the opposite may be true. Understandably, a highly driven employee who is dissatisfied with their current position is likely to hunt for another employment. Similarly, persons who find their employment satisfying but are paid insufficiently less than they wish or believe they deserve are likely to look for other occupations. Satisfaction is the feeling of fulfillment that occurs when a desire is met. In other words, motivation is a desire to achieve a goal, while satisfaction is the result that has already been achieved. 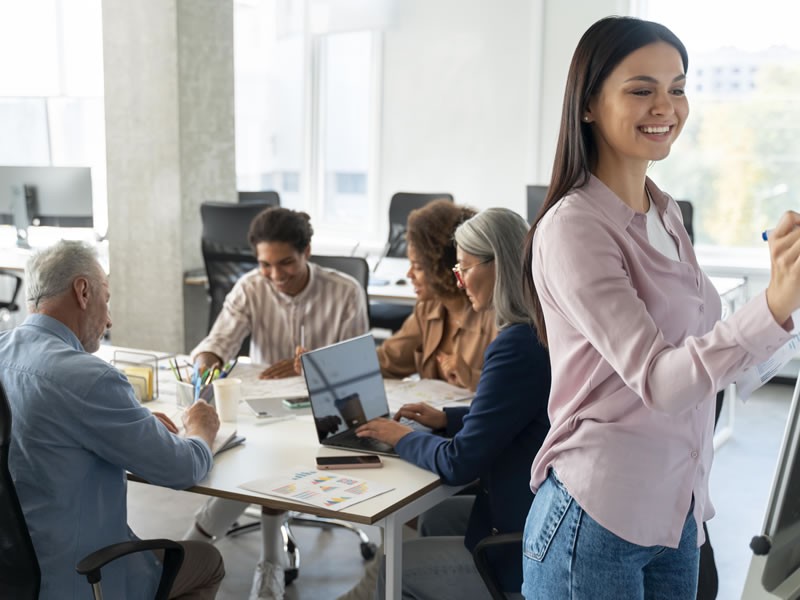 The marketing industry thrives because of the never-ending cycle of needs, wants, and desires. Human wants, needs, and desires are limitless. We may be able to fulfill some of our desires, but other desires emerge quickly. Marketers will never be able to provide goods and services that will fulfill everyone's needs. As a result, scarcity explains the link between finite resources and boundless desires, as well as the resulting dilemma.

The most important marketing reality is that individuals are more concerned with themselves than with corporations. People are bursting at the seams with wants, needs, and desires, and they purchase items only to fulfill those feelings. Customers are only interested in things when they have a specific demand that must be met. Marketers must be aware of this reality.

"Needs" refers to basic human needs such as housing, clothing, food, and water, all of which are necessary for human survival. Other requirements include education, healthcare, and even a social aspect, such as belonging to a certain civilization or self-expression. The things that belong within the necessities category of products, on the other hand, do not require a push. Instead, the buyer purchases it on their own. However, this is not the case. Even the "needs category product" must be pushed in the minds of consumers in today's market when hundreds of businesses compete in the same categories with identical offers meeting the same requirements.

"Wants" are a result of "needs." Wants aren't required for human survival, but they are linked to needs. Simply put, a wish is a thing that a client desires but is not necessary for our survival. As a result, want is the polar opposite of need, which is necessary for our survival. Wants aren't permanent, and they alter on a regular basis. People and places change with time, and as a result, people's wants change as well.

​ Wants can give birth to desires. When someone is willing and able to buy something that he or she wants or needs, it is called demand. Desire is the fundamental distinction between desires and demands. A consumer may want something, but he or she may not be able to get it. As a result, those who can buy a coveted product are turning their desires into demands. In other words, if a consumer is willing and able to purchase a need or a want, it indicates that the need or desire is in high demand. For a car, you could want a BMW, and for a phone, you might want an iPhone. Is it, however, possible to buy a Mercedes or a Jaguar? You can if you have the financial means to do so. Luxurious automobiles, five-star hotels, the latest gaming consoles, top-notch cameras, and so forth are examples of demands. 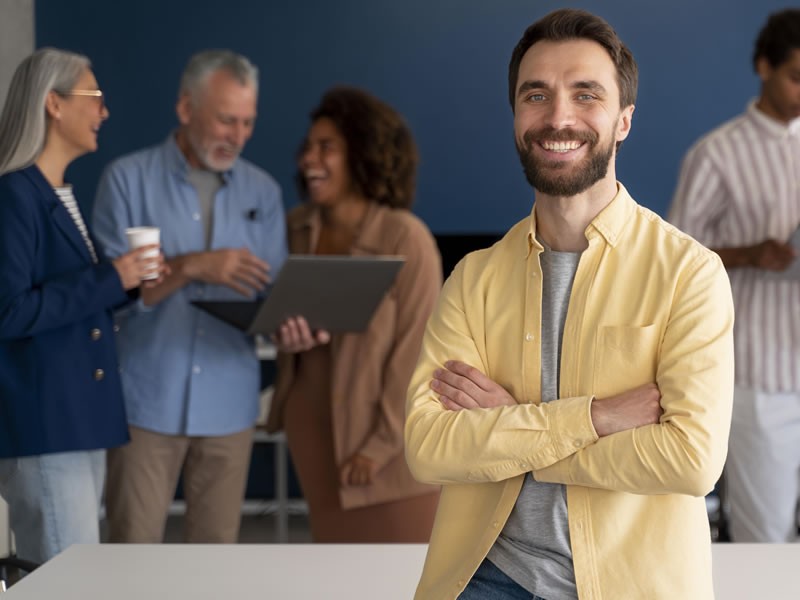 Maslow's higher-order needs include the desire to become what you're capable of or have the potential to become. It encompasses the desire for personal development as well as self-satisfaction. It also involves a drive to learn more, to help others, to be creative, and to be artistic. The urge for self-actualization is never entirely satisfied. As a person's psychological development progresses, new chances for growth emerge.

Individuals are driven by unmet wants, as described by Maslow. As each of these requirements is met to a substantial degree, the following need is compelled to develop. According to Maslow, the lower-order demands include physiological and safety requirements. Externally, these lower-order demands are mostly met. The higher-order wants were defined as social, esteem, and self-actualization. These higher-order wants are usually met internally, that is, within a person. Consequently, we can say that the lower-order requirements of employees are largely addressed during the boom time.

Finally, keep in mind that need theories are always at work in the background while you strive to make your workplace productive. It isn't something that goes away once you've addressed the demands of your staff.

When you're trying to fulfill goals at work, for example, your workers will assess how well your goals correspond with their requirements. If you aim for a result that satisfies a primary need that your employees have, they will perceive it as undesirable and reject working with you.

As a result, figuring out how to adapt Maslow's needs theory to the workplace is a never-ending task. Avoid falling into the managerial trap of fixing it and forgetting it. 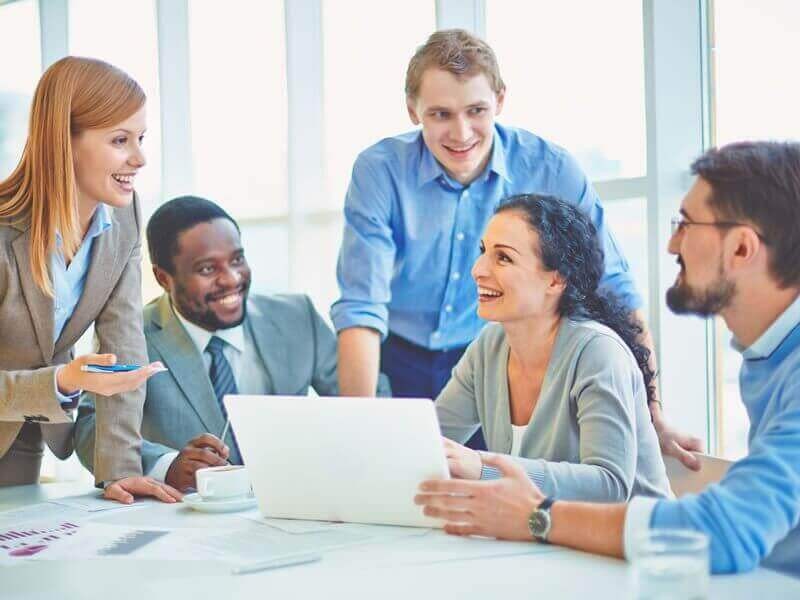 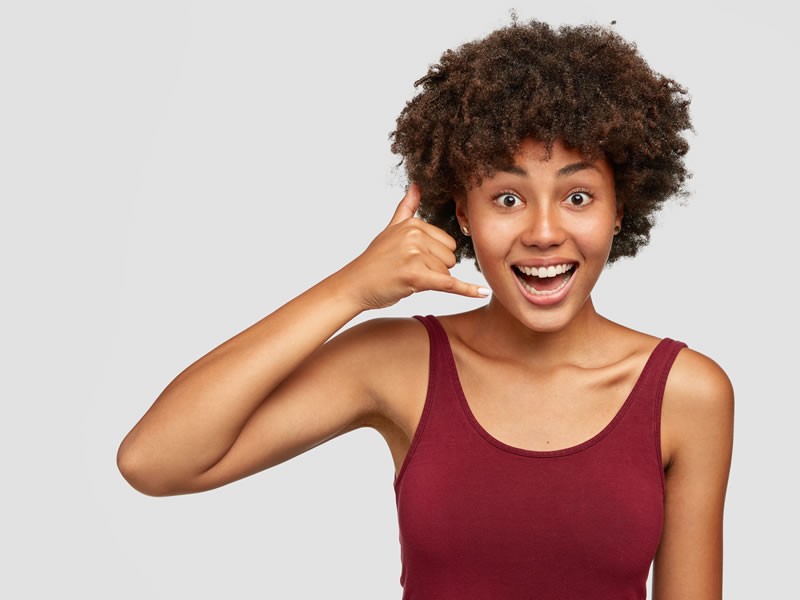 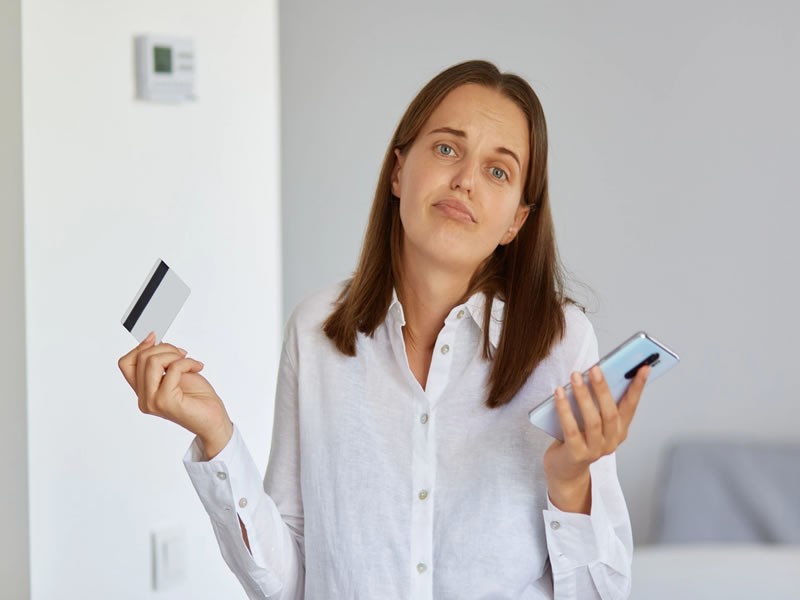 Getting the Best Value From Your Smartphone: 4 Measures to Take to Avoid the Pinch During a Cost of Living Crisis 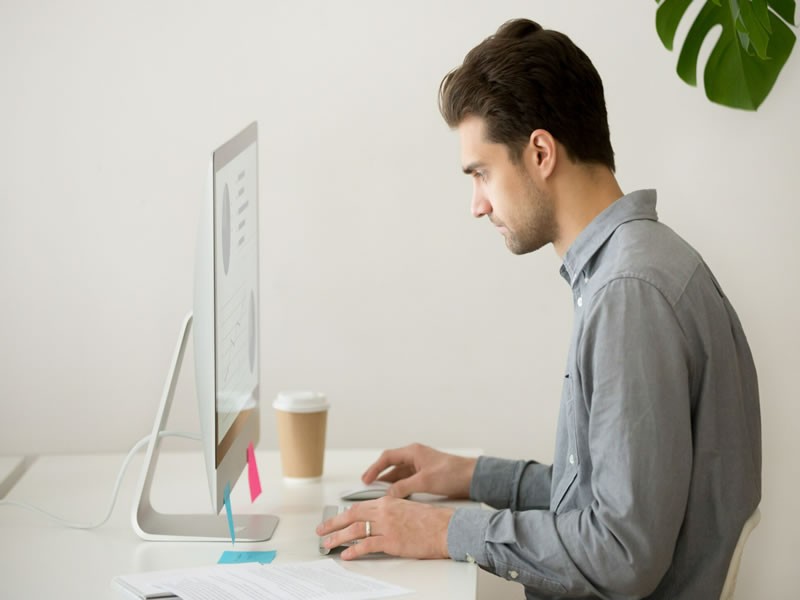